I’ve got books on my shelves about Iron Maiden, Thin Lizzy, Rush, and Judas Priest. About The Ramones, Blue Oyster Cult, and Cheap Trick. Books about classic albums like Led Zeppelin IV, ‘Master of Reality’, and ‘Deep Purple In Rock’. I have bios written by Gillan, Iommi and Lemmy. One each by Steven Tyler and by Joe Perry. By all 4 members of KISS. The rock books in my personal library range from trashy tell-alls to insightful and historically accurate journalism. The career arcs of my heroes and critical analysis of their works is something I study with great interest. The one book I don’t have, and the book I am most anxious to read, is one that, to my knowledge, hasn’t been written yet.

The name ‘Martin Birch’ appears on several of the most important hard rock/heavy metal albums of all time. At the end of this post, I’ve included a list of just some of Birch’s production credits. This gentleman has produced/engineered/mixed the soundtracks to our youths He has worked with many of our musical heroes for extensive periods of time; he could probably fill a book with his experiences with Deep Purple alone (seven studio albums), and make his work with Iron Maiden (eight) his Volume II… And still not even scratch the surface of his experience.

You know he’s got stories to tell. Working with Ritchie Blackmore in the studio on a whopping 10 records… Witnessing the sad disintegration of legends like Bill Ward, Tommy Bolin, and Michael Schenker… And being present at the creation of new legends like Bruce Dickinson and Ronnie Dio. Dude was hand-picked to rebuild the stature of a born again Black Sabbath, and of a floundering Blue Oyster Cult. This guy was the first to record the harmonizing guitars of Wishbone Ash’s Andy Powell and Ted Turner, and the first to capture the harmonizing voices of Glenn Hughes and David Coverdale. Birch was behind the board in Munich as Ritchie Blackmore’s solo single became a solo album, and helmed the Rolling Stones’ mobile studio outside Festival Hall in Osaka, Japan in August of 1972… not just witnessing history being made, but recording it… And not merely recording history, but taking part in it; shaping it.

Birch was often credited as producer/engineer as well as for mixing, meaning he was solely responsible for the overall sound of his projects. This often meant getting workable performances from drug addicts, volatile personalities, and in some cases, people with very little talent. In other cases, it meant recording under extremely difficult circumstances, including sessions held in a barn in Steve Harris’ backyard (No Prayer for the Dying’), and in the freezing cold hallways of empty hotel in Switzerland (‘Machine Head’). Ya, this guy’s got stories. 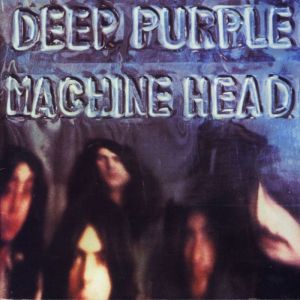 And nicknames! Birch appears in album/single credits with various band-bestowed nicknames sandwiched between his first and last names, such as Black Night, Sir Larry, Basher, Big Ears, Court Jester, Doc, The Farmer, The Wasp, Headmaster, Jah, Live Animal, Masa, Mummy’s Curse, Plan B, Pool Bully, The Bishop, The Juggler, The Ninja, and my two favorites: Martin ‘Phantom of the Jolly Cricketers’ Birch, as he’s credited on the Iron Maiden Single ‘Run to the Hills’ (Live)/’Phantom of the Opera’ (Live), and Martin ‘Disappearing Armchair’ Birch, as credited on Maiden’s ‘Seventh Son of a Seventh Son’ lp. Note: This is not a complete list. A guy with this many nicknames has some great life experiences to share.

But what is it about this man that put him in the same room with these musicians time and again? What does he bring to the table that sets him apart from his peers? I would love to read his own take on why he was the go-to guy for so many iconic bands. Clearly the man has an excellent set of ears, but also must possess an extraordinary talent for inspiring and motivating artistic people. Deep Purple MkII dedicated a song to him on ‘Deep Purple In Rock’ (‘Hard Lovin’ Man’) and called him ‘a catalyst’ in the liner notes; high praise coming from one of the more creative and progressive heavy bands of the era. There is a compelling, historically significant story here: how one man helped mold and shape an entire genre for more than 2 decades. 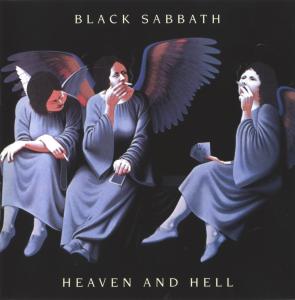 Is there a ‘Martin Birch Sound’? Birch’s productions do all share a similar overall ‘presence’; it’s all about sonic space, and balance within that space; much of it happens in the mix, and (as you’re noticing as you read this), it’s very difficult to describe. To my own ears, Birch creates a space where every instrument can clearly be heard perfectly, and where every element has exactly the ‘right’ shape and presence in the mix, and works together to create an almost solid, 3-dimensional sound. I would suggest Rainbow’s ‘Long Live Rock and Roll’, Iron Maiden’s ‘Piece of Mind’, and Black Sabbath’s ‘Heaven and Hell’ as prime examples of what a Martin Birch production/mix sounds like. Three very different bands with three vastly different sounds; one consistent sonic presentation.

After Whitesnake’s ‘Slide it In’ in 1984, Birch was commandeered to work exclusively for Iron Maiden. Some have called him Iron Maiden’s ‘Fifth Member’. Wouldn’t Eddie be the fifth? That would make Birch the sixth member, unless you acknowledge Janick Gers, which I don’t… But I digress. Martin Birch retired permanently in 1992, after his umpteenth album with Maiden, ‘Fear of the Dark’. Drastic changes in recording technology led to subtle changes in Martin Birch’s signature presentation, evident in Maiden’s ‘Seventh Son…’ and ‘Somewhere in Time’ albums, and perhaps Birch knew that his era was drawing to a close. He was a mere 42 years old when he walked away from the business; today, he’s a bit past his mid-60’s… Mr. Birch, we suggest you add ‘The Author’ to your impressive collection of nicknames. 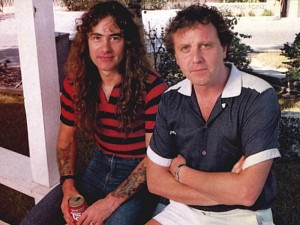 Deep Purple: Deep Purple In Rock, Fireball, Machine Head, Made in Japan, Who Do we Think we Are?, Burn, Stormbringer, Made in Europe, Come Taste the Band, Last Concert in Japan

Whitesnake: Lovehunter, Ready an’ Willing, Live in the Heart of the City, Come an’ Get it, Saints an’ Sinners, Slide it In